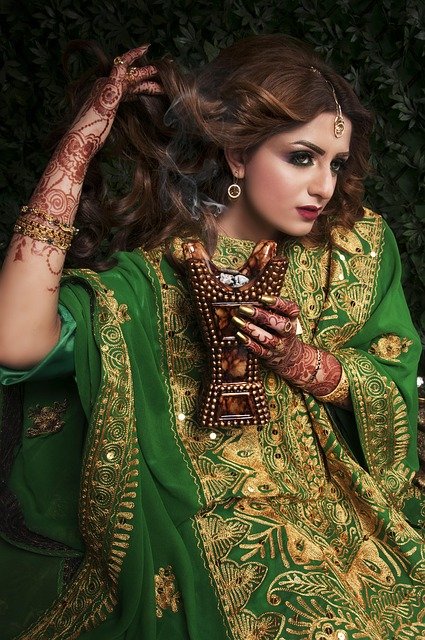 Porsha’s Family Matters airs each Sunday on Bravo and follows the life of Real Housewives of Atlanta star Porsha Williams. Viewers are likely already acquainted with Porsha’s sister, mother and ex Dennis McKinley, however, there’s the rest of the family to meet on Family Matters as well as Porsha’s new fiancé, Simon Guobadia.

The new chapter in Porsha’s life includes house viewings, wedding planning, spiritual awakenings and a co-parenting journey. Porsha Williams has also got herself a new tattoo in 2021, so let’s find out more about the former RHOA star’s ink…

On May 29th, 2021, Porsha revealed on Dish Nation that she had her fiancé’s middle name tattooed on her neck.

As per Bravo, after a whirlwind romance, Porsha said what she thinks of getting tattoos in her partner’s honour: “it’s a beautiful way to show you love somebody“.

Simon’s middle name is ‘Iyore’ which means “I have arrived”.

How many tatts does Porsha have?

Porsha got herself a new neck tattoo in 2021, however, this isn’t the first time she’s had some permanent artwork done. The 40-year-old previously had matching couples tattoos with her ex, Dennis.

Bravo reported in 2018 that the RHOA couple had matching tattoos.

Porsha had a neck tattoo for Dennis, too. She also has matching butterfly tattoos on her wrists.

Does Porsha have a tattoo behind her ear?

By looking at Porsha, many could assume that she didn’t have any tattoos because she clearly chooses to have them done in quite discreet places.

She has tattoos on the back of her neck and she also appears to have a small one near her lower stomach.

Porsha technically has two tattoos on her neck which could also be classed behind her ear. She has the name ‘Iyore’ inked behind her right ear.

Some of Porsha’s tattoos can be seen in her Instagram posts, however, most of the time they’re concealed as she wears her hair down.

Have something to tell us about this article?

After studying for her BA in Journalism at Solent University, Helen went straight into writing for GRV Media as years of binge-watching the Real Housewives of Atlanta finally started to pay off. Helen has been with the company for over five years, writing about reality TV for over three years and specialising in USA …….