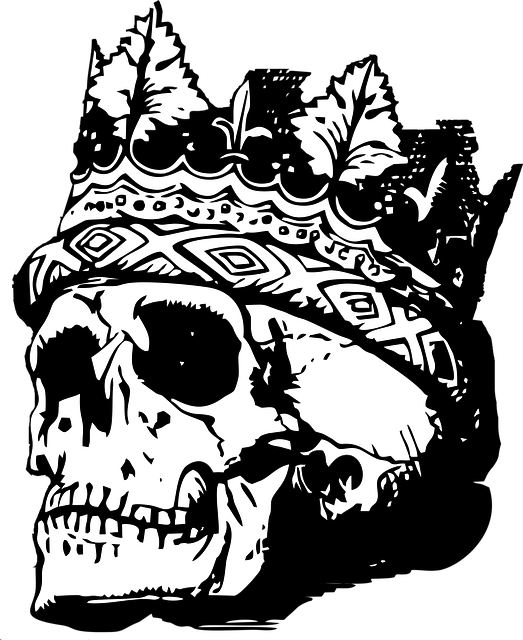 Robert Mitchem first displays LOVE-HATE tattoos in the 1955 film “The Night of the Hunter.”

The iconic LOVE-HATE tattoos that adorn many thuggish fists in the U.S. are tied to one of the most horrific events in West Virginia history and a blockbuster movie based upon the event.

A murderous preacher, a lonely-hearts serial killer, and the infamous state penitentiary at Moundsville all figure into the twisted tale, about which many wearers may be unaware.

The tattoos first entered popular consciousness in 1955 after Robert Mitchem wore them in his role as a corrupt minister-turned-serial killer in the film “The Night of the Hunter,” based on a novel of the same name penned by native author Davis Grubb.

Mitchem, as preacher Harry Powell, uses the tattoos to illustrate the eternal struggle between good and evil, wresting his interlocked fists in a feigned battle in which good always wins.

During his incarceration in the state penitentiary on petty crime, he meets an unlucky bank teller, destined to be hanged, who had robbed a bank in Moundsville, West Virginia, of $10,000 and hidden the plunder with his family.

Intent on finding the money, Powell woos and marries the teller’s widow and wins the affection of townsfolk. None know he has murdered many lonely widows throughout Ohio and West Virginia, driven by a perverse cycle of sexual attraction and repulsion.

Fearing that his wife will discover him, Powell murders her, hides the body, and pursues the children, and the treasure, hidden in the girl’s baby-doll, down the Ohio River.

The Night of the Hunter was rated No. 90 on Bravo’s 100 Scariest Movie Moments, and film critic Roger Ebert called it “one of the most frightening of movies, with one of the most unforgettable of villains.”
Rev. Henry Kanes in Poltergeist II

In the 1986 film Poltergeist II, Steven Spielberg revisited the theme of the evil preacher through the character of the Reverend Henry Kanes. Like Powell, Kanes wore a brimmed hat and hid murderous intent behind self-anointed piety, though Julian Beck portrayed a more recognizably sinister character on the surface.

As frightening as the film and novel are, author Davis Grubb drew much of his inspiration from a series of murders carried out by Harry Powers, who killed and dismembered women and children on his property at Quiet Dell, near Clarksburg, West Virginia.
Harry Powers: the Bluebeard of Quiet Dell

Powers was hanged at the penitentiary at Moundsville in 1932, though his infamy has lived on as one of the first recognized cases of serial killing in U.S. history. Powers lured unsuspecting widows to their deaths through lonely-hearts advertisements placed in periodicals. Unlike Powell, who hunted his victims, Powers trapped his victims and dismembered them in a ghastly basement hidden beneath a garage.

Grubb not only drew on Powers’s horrific acts as inspiration, but he was also inspired to include the detail of the fist tattoos after an encounter in Clarksburg, according to author Tom Rizzo.

“Grubb stopped at a local pool-room in Clarksburg, West Virginia, and sat next to a customer nursing a beer. He noticed the man had …….